Thermoforming vacuum packaging is an internal packaging method using two rolls of film. Its process consists of heating to form bottom film into tray-like cavities, loading products onto them and sealing in a vacuum with the top film. 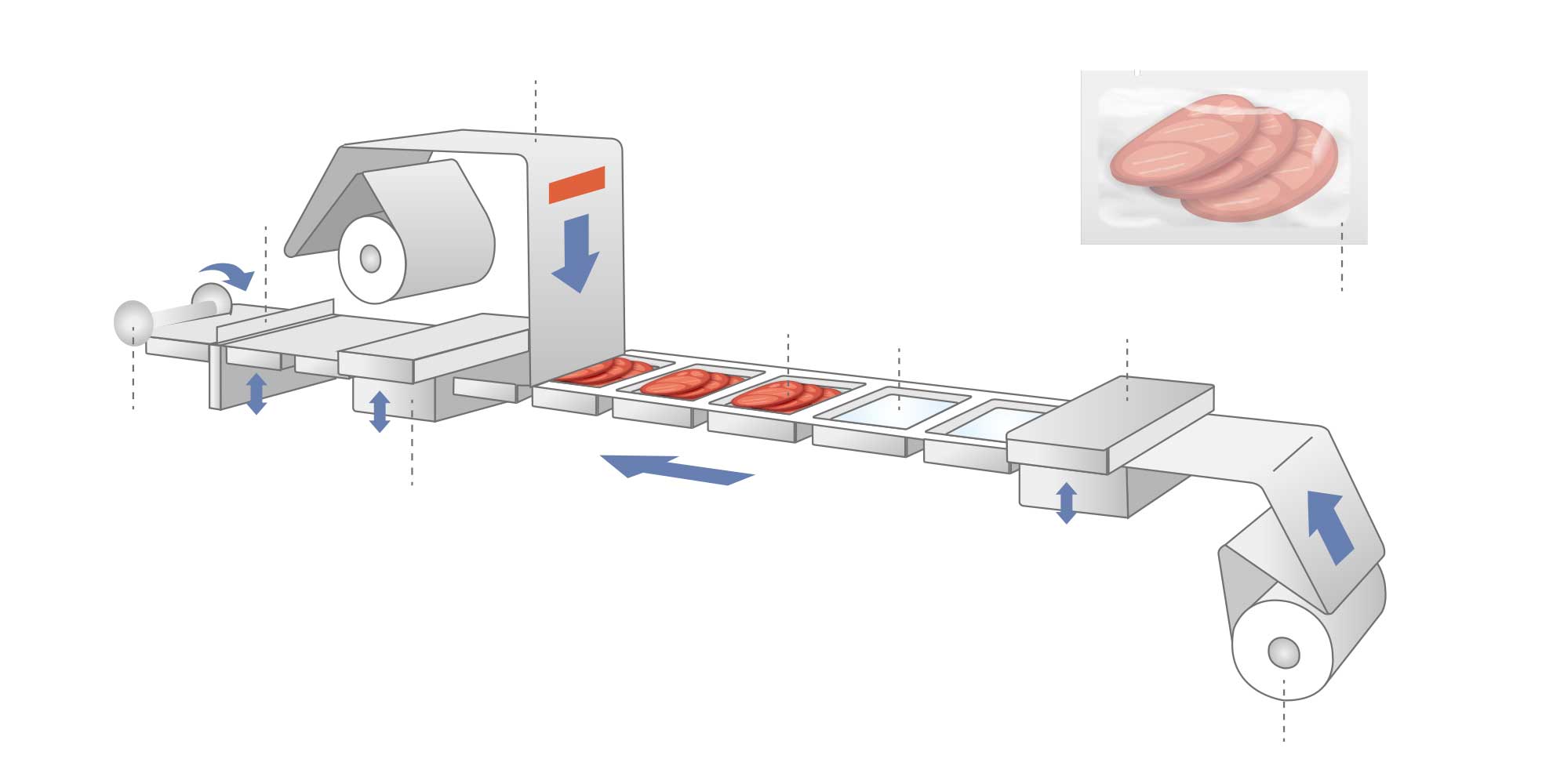 Thermoforming vacuum packaging is an optimal method for internal packaging solution in mass processing line with of foods, high-tech or medical products and exporting goods with following reasons

The benefits from thermoforming vacuum packaging are

Air-expulsion itself can improve hygiene and shelf life. It is why thermoforming packaging is widely applied to food or food-ingredient processing lines. And the sealed products will gain bigger confidence if the reservation gas is flushed inside along with air-expulsion. It is what is called ‘MAP’ – Modified Atmosphere Packaging which we offer for the buyer’s option.

With optical transparency of the film, end-users can get visual information of the product in seal to get confidence in selection.

‘Within the forming die dimension’, it is adaptable to new size or appearance of product by substitution of ‘formers’ – the thermoforming patterns.

OUR PRODUCTS
Scroll to top